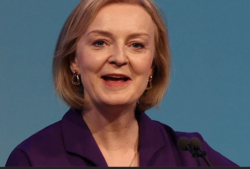 United Kingdom’s newly appointed Prime Minister, Liz Truss, has announced that she will resign after less than 2 months in office making her the shortest-serving PM in UK history. “I recognise though, given the situation, I cannot deliver the mandate on which I was elected by the Conservative Party,” Truss …