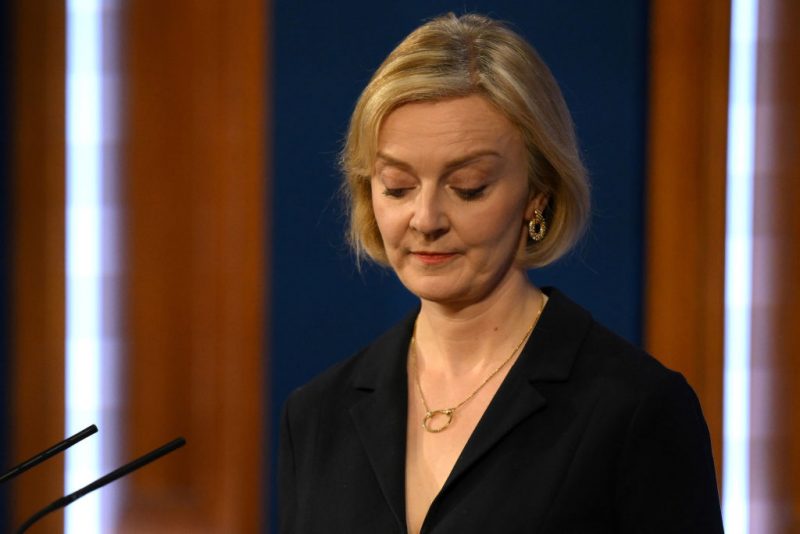 British Prime Minister Liz Truss has announced her resignation after a brief but turbulent tenure.

On Thursday, Truss announced that she is stepping down after just six weeks on the job. She now takes on the title of being the shortest-serving Prime Minister in the U.K.’s political history. Truss had faced mounting scrutiny from members of her own Conservative Party over her now-scrapped mini-budget. The mini-budget included sweeping tax cuts for corporations.

During remarks from Ten Downing Street, Truss appeared to defend her widely-criticized tax plans by claiming that they were a crucial part of her economic agenda.

“We set out a vision for a low tax, high growth economy that would take advantage of the freedoms of Brexit,” Truss said. “I recognize though given the situation, I cannot deliver the mandate on which I was elected by the Conservative Party. I have therefore spoken to his majesty the King, to notify him that I am resigning as leader of the Conservative Party.”

During her 44 days in office, Britain’s cost of borrowing spiraled, mortgage rates increased and inflation reached a record high.

Truss announced that the Conservative Party will be electing a new leader in the next week. She will remain Prime Minister until the next successor is chosen. Some names being floated to replace her are Penny Mordaunt, Rishi Sunak and former Prime Minister Boris Johnson.