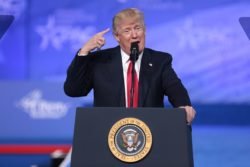 Former President Donald Trump made it clear that he intends to announce something at a rally next week. Either he will announce plans to run for president in 2024 or become the GOP king-maker by not running for the White House. BREAKING: @realDonaldTrump during Rally for @JDVance1 and @Jim_Jordan “I’m …