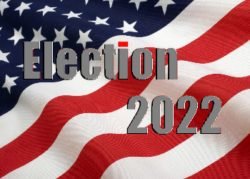 Republican Kari Lake leads Democrat Katie Hobbs by 11 points in the Arizona gubernatorial race with less than two weeks left before the midterm elections, according to a new poll released Wednesday. Fifty-four percent of respondents said they would vote for Lake as opposed to 43% who said they would …