by Katie Lange at CDN – 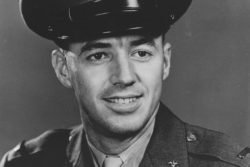 Marine Corps Maj. George Herman O’Brien Jr. led several “kids,” as he described them, into a lopsided battle to maintain the main line of resistance in Korea. His daring and forceful leadership inspired the men around him, which helped them push the enemy back. For his bravery, O’Brien earned the …