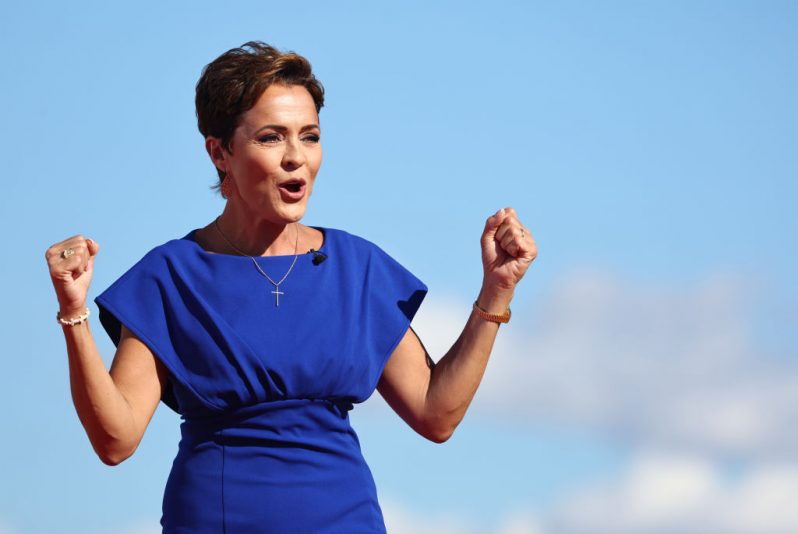 Arizona gubernatorial nominee Kari Lake has dismissed speculation she may run as vice president on a potential Trump-led ticket in 2024.

During an interview with ABC News on Sunday, Lake said she plans on serving as governor for two terms if elected. The Republican noted she is hearing a lot about 2024 on the campaign trail. However, Lake added that she believes the media is trying to scare voters to make them think she is going to leave.

Lake also said she plans on being the worst nightmare of ‘fake news’ in Arizona for eight years.

This comes as recent polling indicates that Lake is on track to defeat Democrat Katie Hobbs in November.