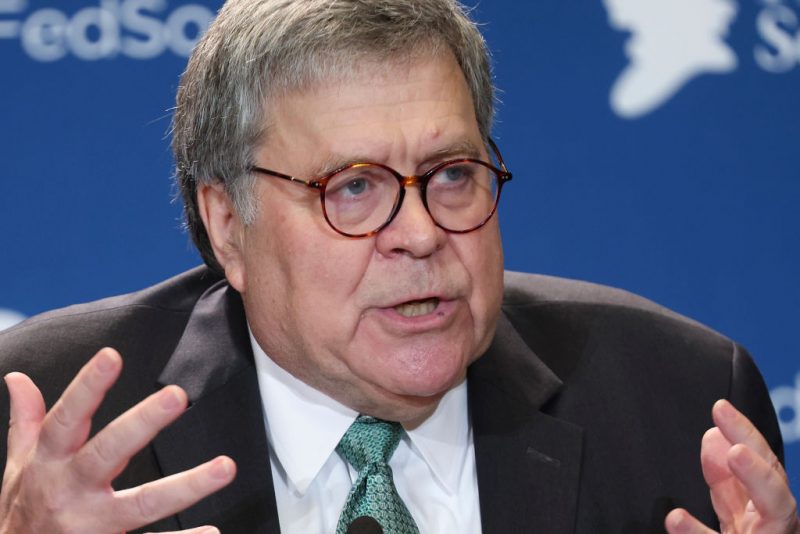 Former U.S. Attorney General Bill Barr says the court of public opinion has a different ruling on the origins of the Russia hoax.

On Wednesday, Barr said that while he was disappointed with the court’s decisions amid the Durham probe, the public currently knows about the collusion between the DNC, the FBI and the Hillary Clinton campaign.

This comes after the FBI Steele Dossier source, Igor Danchenko, was acquitted just months after Clinton-linked lawyer Michael Sussmann was fired for lying to the FBI about the Trump-Russia collusion.

Barr stressed that Durham’s case was hard to prove because of the limited access to evidence.

“The public interest here is being served by exposing the full extent of corruption that was involved in the Russia-gate and the abuse of by the FBI and that whole episode,” Barr said. “And I think that Durham is going to put out a report out that’s gonna lay out all the facts.”

Barr went on to say that with Durham’s expected to report on his findings, the Republicans on Capitol Hill will have a solid foundation to investigate further if they take over Congress after the midterm elections.