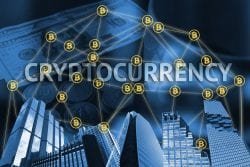 The Department of Justice (DOJ) seized over $3.36 billion in the form of the cryptocurrency bitcoin last year over fraud conducted on the so-called “dark web,” the DOJ announced Monday. James Zhong stole 50,000 bitcoins from a dark web site known as the Silk Road Marketplace, which operated from 2011 …