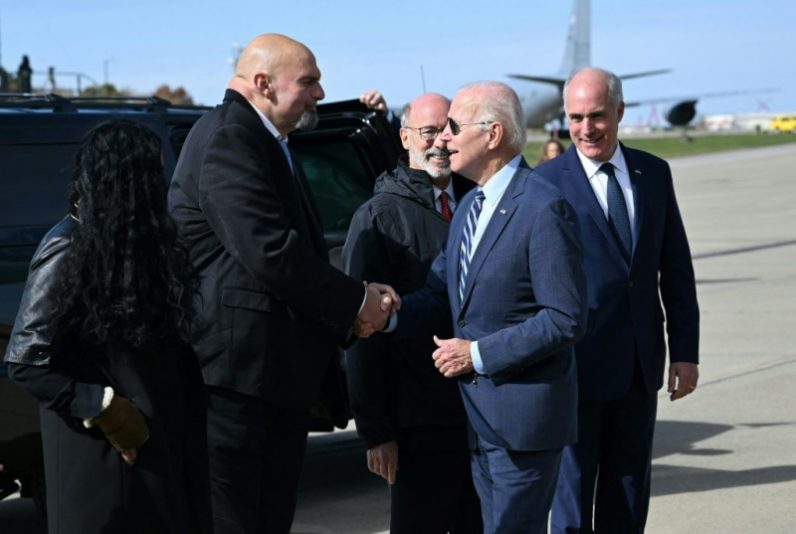 Joe Biden is campaigning in the battleground state of Pennsylvania for Democrat Senate candidate John Fetterman.

Biden and Fetterman (D-Pa.) first appeared together on Thursday at the Fern Hollow Bridge in Pittsburgh. The two appeared at that location to tout the Biden administration’s infrastructure victories. The bridge collapsed about nine months ago. Biden made a statement announcing the bridge was on schedule to be rebuilt entirely by the end of the year thanks to his infrastructure bill.

“The result,” Biden said. “Pennsylvania has been able to rebuild Fern Hollow Bridge in less than a year, and by Christmas, God willing, we’ll be walking –I’m coming back to walk over this sucker.”

Biden and Fetterman are now set to head to a Democrat fundraiser in Philadelphia.

In the recent months, Fetterman has taken heat about whether he is fit to serve office after continuing to exhibit symptoms from a stroke he suffered in May.

The tight race between Fetterman and Republican Mehmet Oz could determine which party controls the Senate.