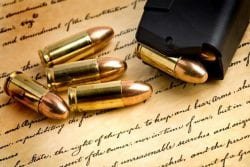 Oregon’s new law that will rigidly tighten the state’s gun restrictions led to a massive uptick in attempted firearms purchases, according to NBC affiliate KGW8. Ballot Measure 114 was passed during the midterm elections and is credited as one of the most restrictive gun laws in the country, sending background checks skyrocketing from …

by Harold Hutchison at CDN –

The CEO of the satire site Babylon Bee told Fox News host Tucker Carlson Friday that Twitter owner Elon Musk saw his site’s ban from the social media site as “problematic.” “The left’s insane ideology needs to be propped up by silencing people on the other side, especially people who …

by Reagan Reese at CDN –

The accrediting council for the American Bar Association (ABA) voted 15-1 to no longer require the administering of the Law School Admissions Test (LSAT) for law school applications, according to the Wall Street Journal. Starting in 2025, the ABA will no longer mandate that law schools require a “valid and … 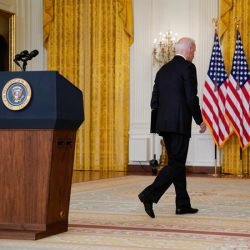 Schedule Summary: President Joe Biden has nothing on his schedule for Saturday. Please check back with CDN often as the White House frequently updates the president’s schedule and live streams come online later in the day. President Joe Biden’s Itinerary for 11/19/22 Live stream links will activate as streams become available ALL …

On Friday, Garland appointed Jack Smith to oversee the probes into Trump. That includes those related to the documents taken from the raid on Mar-a-Lago and the January 6th protest in Washington D.C.

Since 2018, he has served as the chief prosecutor for the special court in the Hague charged with investigating and adjudicating war crimes in Kosovo.

Garland also said Smith will be returning to the United States right away. This information comes as Trump has consistently denied any wrongdoing in relation to the investigations.

Los Angeles County is once again recommending residents to mask up. This is due to the fact that COVID-19 infections within the City of Angels have sharply risen since the start of November.

On Thursday, officials shifted back to “strongly recommending” mask-wearing in all indoor public settings. The recommendation is not ruled as a mask mandate.

“Now it is strongly recommended that all individuals wear a high-quality mask that fits well in the following settings: in public indoor spaces; when using public transit, including buses, ride-shares, taxis and medical transport; correctional and detention facilities; and homeless and emergency shelters,” Davis said.

Over the past few months, indoor mask wearing by Los Angeles County residents has been a matter of personal preference. However, masks have been required in all healthcare facilities, congregate-care facilities and for anyone who was exposed to the virus within the past 10 days.

L.A. Healthcare officials have teased the return of the mask mandate since this summer.

“Our message is clear,” Harris said. “The United States has an enduring economic commitment to the Indo-Pacific. And there is no better economic partner for this region than the United States of America.”

On Friday, during remarks at the event in Thailand, Harris told attendees that there is no better economic partner for the region than the U.S., as it is a “proud Pacific power” and has a “vital interest in promoting a region that is open, interconnected, prosperous, secure and resilient.”

She affirmed the U.S. will continue to bolster its commitment to the region and touted the Biden administration’s work to strengthen ties with several nations. The vice president mentioned that private sector collaboration is of utmost priority.

“Under our administration, the United States is more engaged with the Indo-Pacific than we have ever been,” Harris said. “We have infused new energy and leadership into our unrivaled network of global alliances and partnerships.”

As China’s presence in the Indo-Pacific continues to grow, during her trip, Harris will also travel to Padawan to demonstrate America’s commitment to upholding law in the South China Sea.

She maintains that the U.S’s approach is “based on collaboration, sustainability, transparency and fairness.”

House Republicans aren’t waiting for their majority 118th Congress to zero in one of most prolific examples of American political corruption. Hunter Biden is already in the crosshairs of the incoming House majority.

During a presser on Thursday, soon-to-be House Oversight Committee Chairman, Representative James Comer (R-Ky.) announced the GOP lead probe into Hunter Biden’s business dealings. Comer claimed that while Americans are reeling from high energy costs, the president and first son are involved in a scheme to sell off America’s most valuable natural resource.

Comer shirked Joe Biden’s supposed congratulations to House Republicans for securing a majority by letting the commander-in-chief know he’s the prime target of the investigation. The Kentucky Republican said he has evidence that proves the elder Biden acted as a door man during his time in government to aid his family’s business ventures at the expense of the American taxpayer.

Comer outlined that any improper usage of the offices Joe Biden occupied to benefit his family will come to light in the next Congress. The incoming oversight chairman declared that Republicans have identified at least 50 countries in which Biden family business dealings took place with Hunter Biden acting as the operation’s bag man.

Comer alleged that the Biden’s planned to sell one of the world’s largest sources of Colbalt to the Chinese Communist Party and engaged in business with suspected human traffickers. These transactions have generated at least 150 suspicious activity reports with U.S. based banks. The probe will also focus on the Biden family’s involvement with the deep state apparatus.

The execution of the probe is expected to begin in January, when the 118th Congress is sworn in.