Republican Missouri Sen. Josh Hawley said the old Republican Party is dead and must be replaced with a GOP that’s focused on working-class voters and the issues they care most about: work, family and culture. The expected midterm red wave didn’t pan out for Republicans because the party can’t seem … 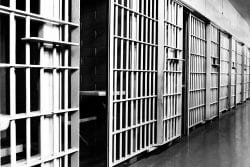 The 22-year-old man accused of driving a vehicle through a crowd of more than 20 police recruits in Whittier, California, Wednesday morning was released from jail Thursday night, according to CNN. Nicholas Gutierrez was arrested after he allegedly drove down a road in the wrong direction and crashed into a …

by Reagan Reese at CDN –

A federal judge on Thursday blocked Florida’s “Stop W.O.K.E. Act,” signed by Republican Gov. Ron DeSantis, from being enforced at colleges and universities. U.S. District Judge Mark Walker ruled Thursday that the legislation, which prohibits faculty from teaching race in a way that might induce “guilt, anguish or other psychological distress,” cannot …

Swedish authorities seized “foreign items” and explosive materials at the site of the Nord Stream pipeline leaks, confirming many world leaders’ suspicions that an act of sabotage likely caused the September blasts, prosecutors said Friday. Swedish and Danish authorities are investigating the cause behind four leaks in the two major …

White House Press Secretary Karine Jean-Pierre holds a briefing today. The briefing is scheduled to start at 2:45 p.m. EST. Content created by Conservative Daily News is available for re-publication without charge under the Creative Commons license. Visit our syndication page for details.

Officials have announced that COVID-19 booster shots are going unused by a wide margin across the country. This has sparked mass concern over the possibility of COVID-19 cases and hospitalizations surging again this winter.

According to the Centers for Disease Control and Prevention (CDC), only 10% of people, about 30 million, aged five and older have received the updated bivalent shots.

The new bivalent boosters, which target two Omicron subvariants as well as the original viral strain, were purchased by the federal government in dosages totaling more than 170 million.

While uptake has been consistently minimal for children, older people are largely avoiding the new shots. Reports have showed that only 27% of those aged 65 and older have received the latest dose.

According to some public health experts, a lack of outreach and the wrong kind of messaging from health officials are contributing to the delayed uptake of the modified booster. Angela Rasmussen, a virologist at Georgetown University, made a statement about the issue.

“Anecdotally, it sounds like a lot of people are still not aware that the bivalent boosters are available,” Rasmussen said. “If they are, many don’t seem to understand the importance of getting boosted at all—with bivalent or original recipe—and there is a decided lack of urgency in communications about it.”

If people received the updated boosters at the same rate as the yearly flu shot it is estimated that up to 100,000 hospitalizations may be averted and 9,000 lives could be spared this winter.

The Biden administration told a U.S. Court that Saudi Crown Prince Mohamed Bin Salman is immune from litigation. This case is regarding the 2018 killing of the Washington Post journalist, Jamal Khashoggi.

The Crown Prince was named Saudi’s Prime Minister back in September. This came after U.S. intelligence determined that Bin Salman ordered the killing of Khashoggi.

Back in 2019, when Biden was still just a presidential candidate, he pledged to hold Bin Salman accountable over the matter.

“I think it was a flat-out murder,” the Democrat said. “And I think we should have nailed it as that. I publicly said at the time we should treat it that way and there should be consequences relating to how we deal with those — that power.”

A lawsuit was initially filed by Khashoggi’s widow, and by the late journalists civil rights group, Democracy for the Arab World Now. In a court filing on Thursday, attorneys for the Justice Department argued that as the head of a sitting government, Bin Salman was immune from a civil lawsuit.

The possibility of the United States government punishing Prince Mohammed for the murder of Khashoggi, a resident of the Washington metropolitan region, was rejected by Biden in February 2021. Biden claimed that at the time, there had never been a precedence for the U.S. to act against the head of a key partner.

The State Department described the administration’s request for the Saudi Crown Prince to be exempt from prosecution in American courts as “pure legal determination.” According to the State Department, upholding the idea of “sovereign immunity” contributes to ensuring that American leaders don’t have to worry about being hauled into international courts to defend themselves against claims from other nations.

The application is not legally binding, and the judge will eventually determine whether to award immunity. Thursday’s filing will likely lead to the dismissal of the case.

Congresswoman Marjorie Taylor Greene has voiced that she believes the United States must stop sending money to Ukraine. Her statement came after the latest reports showed a deadly blast in Poland which was caused by a Ukrainian missile.

When speaking on the House floor, Greene (R-Ga.) said that the Biden administration is paying to protect Ukraine’s borders while the United States’ southern border is being invaded.

Greene claimed that the Ukrainian government is trying to drag the United States into a war with Russia, which would cause a WWIII.

Greene went on to say that It’s time to stop bankrolling Ukraine. She believes that the U.S. should request peace in order to end the conflict.